Space and biorhythms of fruit flies 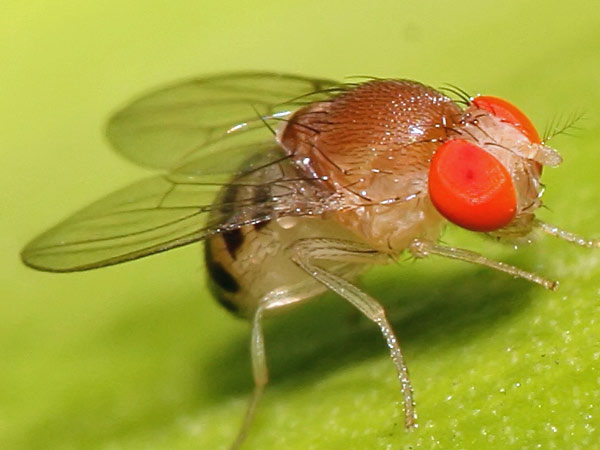 Objective: To identify the effect of space conditions on the rhythms of the biological clock of Drosophila flies of different species with different daily activity.
Tasks:
1) establish the effect of space conditions on the daily activity of different species of flies in a long flight;
2) to conduct a control experiment in the world;
3) identify the influence of the space environment on the occurrence of the mutation per gene, which determines the circadian periodicity in several generations of fruit flies.
4) compare the data of the experiment in space and terrestrial environments.
All physiological processes in living organisms have certain rhythms. This daily periodicity, called circadian rhythms, it is associated with the natural change of day and night, geophysical and social time sensors.
In space flight is no natural day and night, and there are no social time sensors. Thus, the circadian system temporal organization loses conventional synchronizers that may lead to desynchronization.
Drosophila have a relatively short life cycle – an average of 10 days. Life expectancy of the adult fly Drosophila since its exit from the pupae on average 1-2 months.
In the laboratory K.Pittendricha was first established the existence of a Drosophila gene biological clock. Different kinds of different daily activity. Drosophila some species are active in the morning, the other – in the evening. Especially well-daily periodicity they manifested during the mass release of adult flies from the cocoons.
In certain areas of the chromosomes has the gene per, defining the circadian periodicity. Mutations of this gene lead to heritable changes in the clock.
It is necessary to send into space on a long flight of fruit flies that would trace the influence of the conditions on the course of the biological clock in several generations of insects.
The choice of Drosophila as objects of study due to several reasons: the fruit fly – an insect that has a short life cycle, easily cultured in the laboratory. Individuals having mutations in any of several thousand genes available for experimentation